Okay, so I was looking through the polishes I have to swatch, and I was looking at two of them. One reminds me strongly of fire and the other reminds me of ice, so I thought it would be cool to swatch both of them in a "fire and ice" post!

So here we go. Right now where I live its really cold and theres a 90% chance of snow later. I really want snow because we don't get it very often. Where I live its always dry cold, so i'm excited to finally get something to show for the cold weather. But..at the same time, I keep missing summer. I like heat better then cold. So, I'm going to start with fire so I can have something warm. 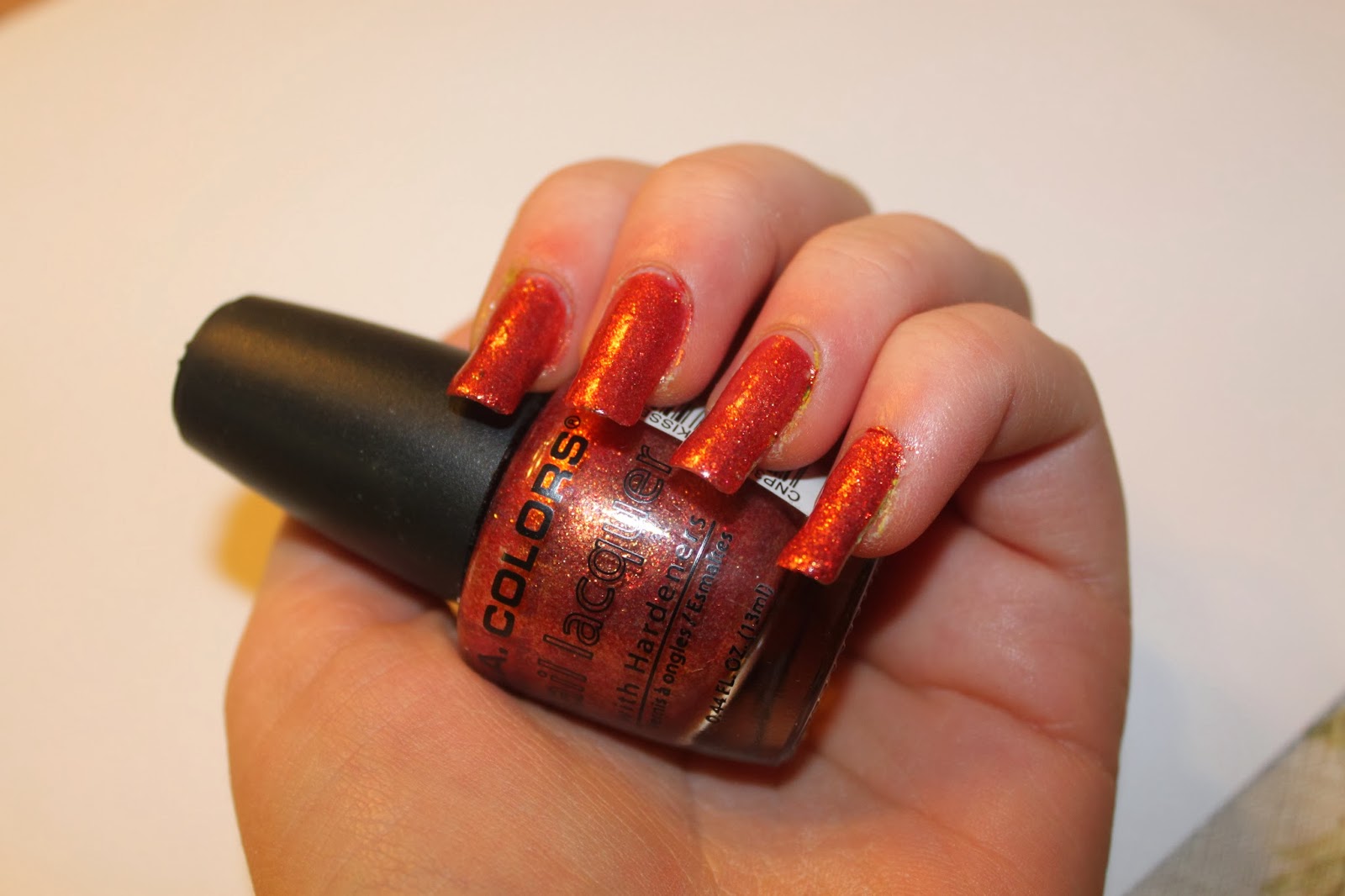 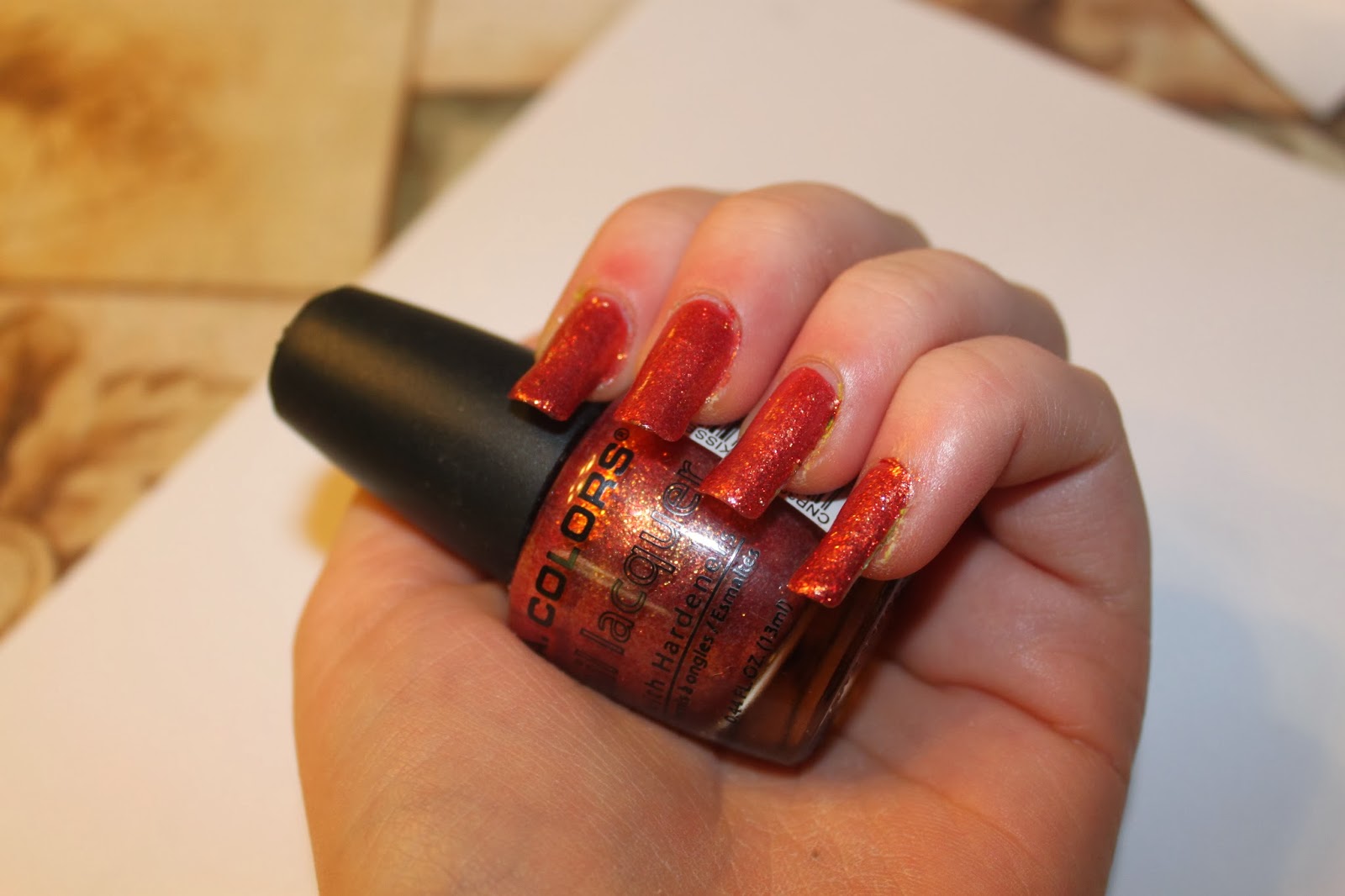 This polish is called "Sunkissed" by LA Colors. Two coats. I picked it up at the dollar general for $2. It's not a very well known brand, but I actually really like these polishes. This one is gorgeous. It has a foil type finish except its more with flaky glitter. It has orange red and gold mixed it and its just beautiful.
One thing worth mentioning about this brand, and this is just awesome, is its incredible removing powers. I'm a little lazy about taking off nail polish, so occassionally I'll just get most of the old polish off then apply new polish over the old. It then come backs to haunt me when I have to take all of it off. This is where these polishes come in. If you apply a coat of LA colors polish and let it dry for a minute or two, it will remove any old polish left on your nails when you take it off. Before I put it on, my nails were stained green from my last manicure, and had a few pieces of old polish still practically glued to them. Not a pretty sight. But when I took it off after swatching, this polish cleaned my nails. It got the green stain out and removed most of the old polish in only a few wipes. Its awesome. It works better then actual nail polish remover.

So now onto the ice polish.. 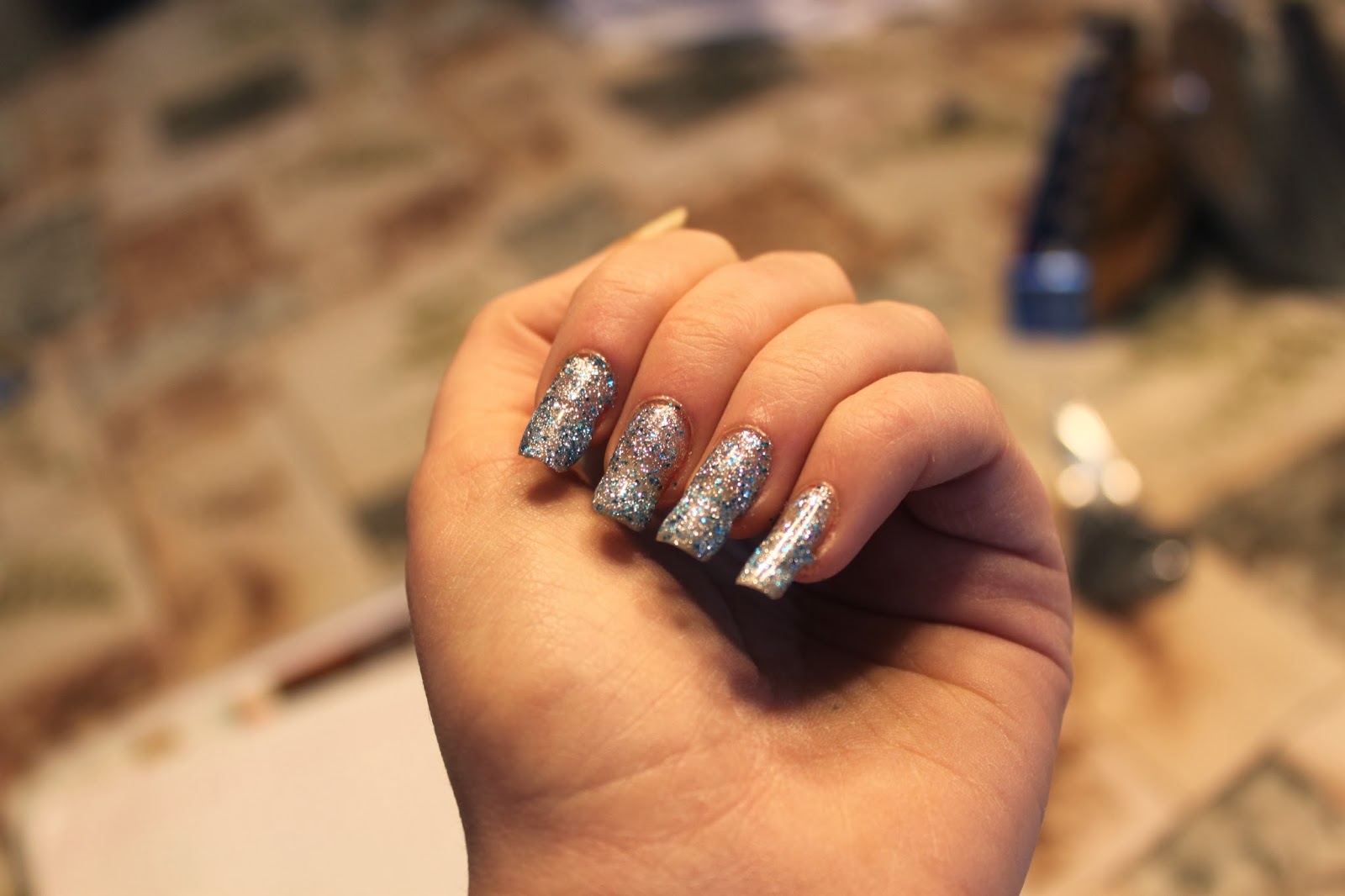 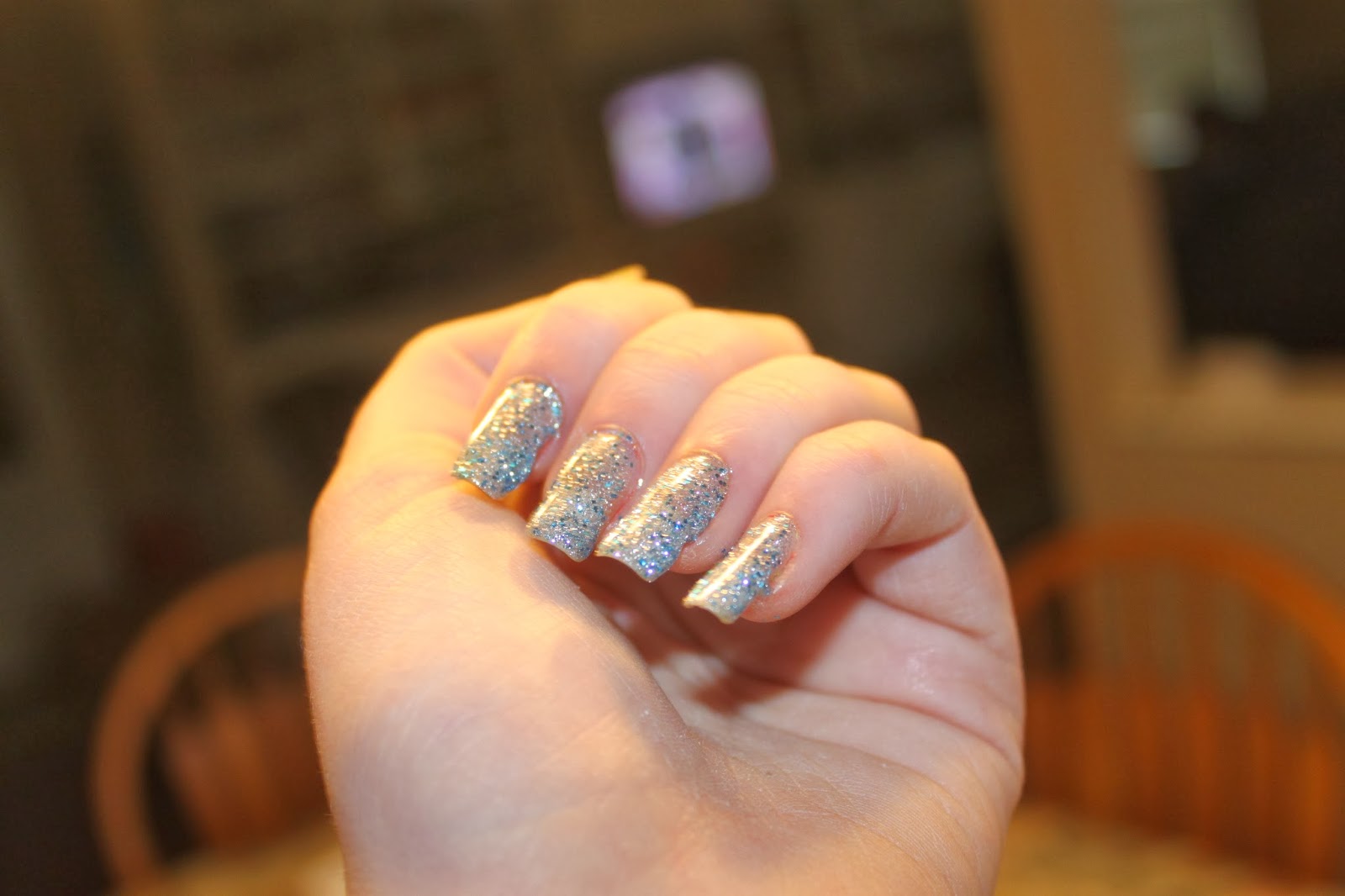 This is called "Icedream", and its by sinful colors. Its a silver glitter with scattered blue glitter in it. I wasn't quite as happy with this one as I was with the other. Its a nice color and all, but I was expecting more. In the bottle it looks very densely packed so I assumed it wouldn't be hard to build up the opacity. Wrong. While it did become opaque, it didn't level itself very well so I ended up with patchy nails. I tried to get it even, but as you can probably see it still looks lumpy. I could also tell just by looking at it that it would be an absolute beast to remove. It was only on for a minute or so, but I still have glitter clinging to my nails after removing it. If I were to use this polish again, i'd use a little bit of it in nail art instead of by itself, if I ever use it again at all.

Email ThisBlogThis!Share to TwitterShare to FacebookShare to Pinterest
Labels: Purchased By Me, Random Duo